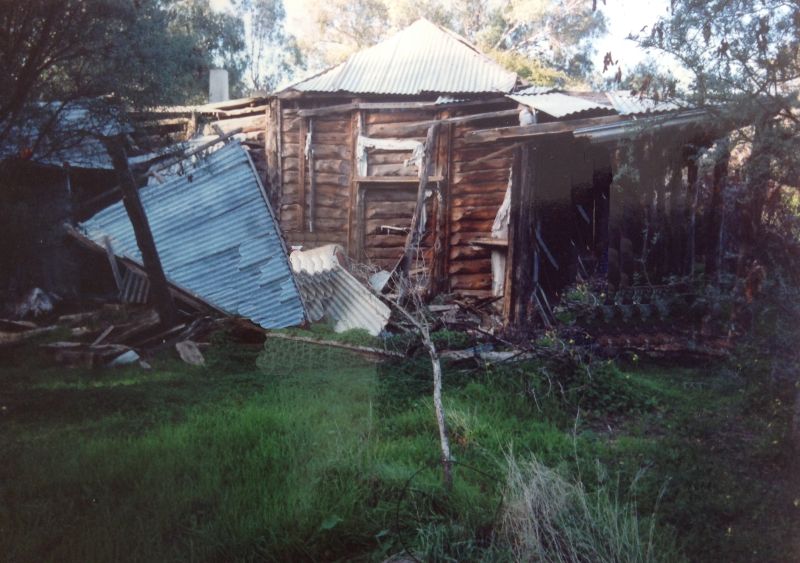 At the time they were married, Jack was 44 years old and Eva was 26. Over the next thirteen years, they had six children. Frank, Reg and Doris were born in Mildura and Billy, Hazel and Evie were born in Boundary Bend. Jack Dean had earned a reputation as a hard and honest worker. This paid off as his savings allowed him to buy a fruit block in Merbein in August, 1909. The block was one of the first land allocations within the Sunraysia fruit growing area and Jack worked the land growing grapes, figs and oranges for 5 years. In that time, Frank was born in 1910, Reg in 1913 and Doris in 1915. 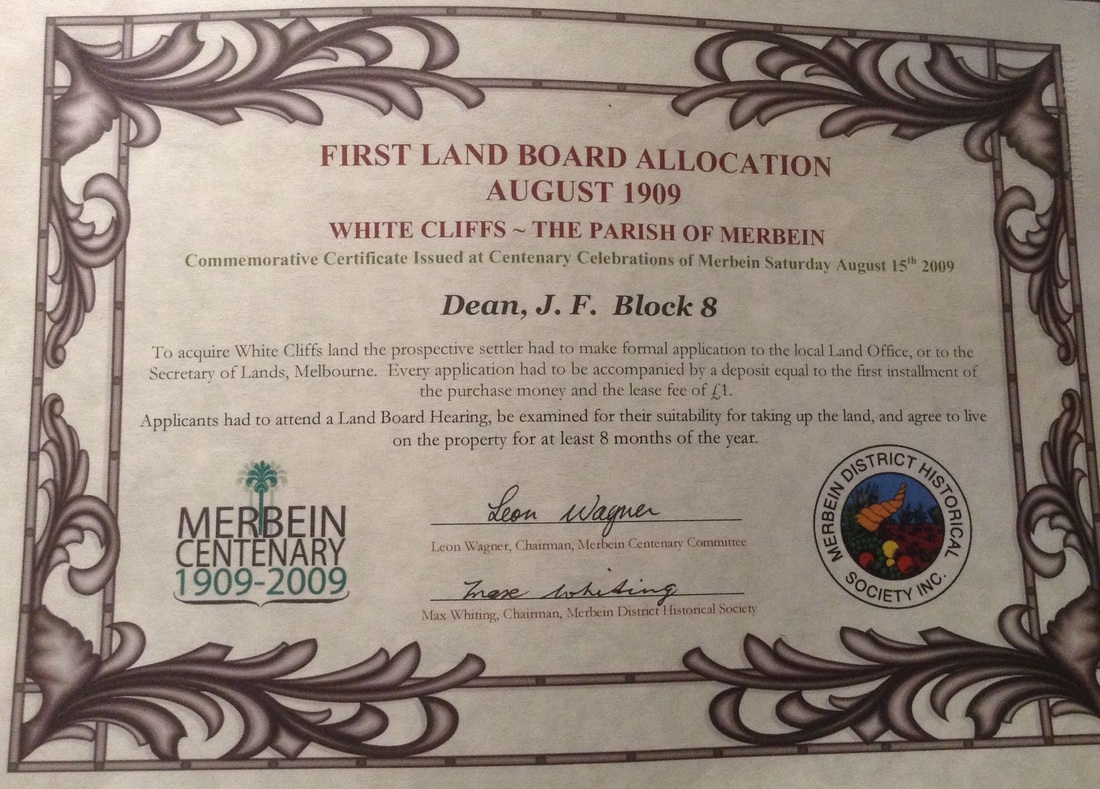 It was perhaps an error of judgement when he sold the property, as he went to Mildura where he bought a passenger motor boat, 22 feet in length and carried drinkers to Gol Gol to get beer. It was licensed to carry 18 or 20 people and business was going well. Gol Gol, across the border from Mildura in NSW, did not have a ban on alcohol and enterprising Jack thought he could make a fortune from the "dry" Mildura.

To explain the ban on alcohol in Mildura, it had been originated by the prominent and influential Chaffey family, who had won a government contract, in the late 1880's, to establish a government irrigation system in Mildura. The Chaffey family's first irrigation town was in Ontario, USA, 60 km west of Los Angeles, California, in 1882. The Chaffeys had seen the scourge of alcohol in the western American states and their influence caused the first ban, in Mildura, being the only ban on alcohol in Australia. It is worthy of note that Jack Dean's father, Sam, built the home of the Chaffy family, "Rio Vista".

However, as time went on, his drinking became a problem and after coming home drunk each Sunday, Evelyn forced him to sell the boat in about 1916. It was sold cheaply after his new venture had cost him 210 pounds to buy.
Back To Family Greats Menu