Two summer and two winter photos of the Lower Bogong village
A handful of married couples resided here during the construction of Clover Dam and No. 3 Power Station. 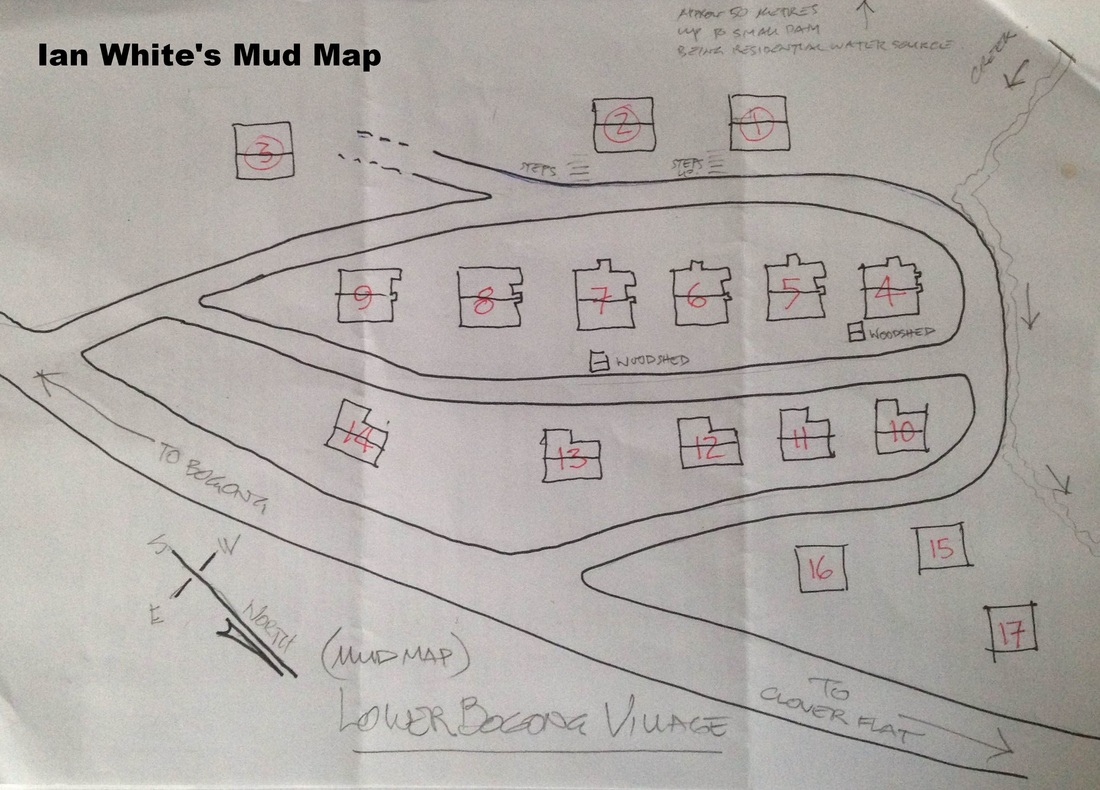 There are some names missing and possible errors below.  It would be appreciated if anyone could assist with the grey areas or other detail, by emailing Kim at kuuhite@gmail.com for any changes and updates.

The map Ian White produced, for the above page on Lower Bogong, with house sites and names included, is pretty good. Writing this takes me back to "the old droving days". Thanks for the prompt to revisit these days. I last visited Lower Bogong in December, 2014 and took a few pictures. I really don't remember names of the families, but the Turner's lived close by with the Kreuzer’s and a French family.  Michelle may have been one of the children. I think I was too young to remember. I really have enjoyed reading the yarns and antics at Mt Beauty on this site. I had many hearty chuckles ... thanks for that. Laughter IS the best medicine. Just to clarify, my Dad was named "Ben" by his father and family and that stuck. Everyone at Kiewa knew Dad as Ben but do you know that as soon as he moved away in 1961 he insisted on being called Adam. I just called him "Dad" as a kid and "the old man" to my friends when a teenager. Now, do you remember Sam the barber at Mt Beauty?

Back To Mt Beauty Stories